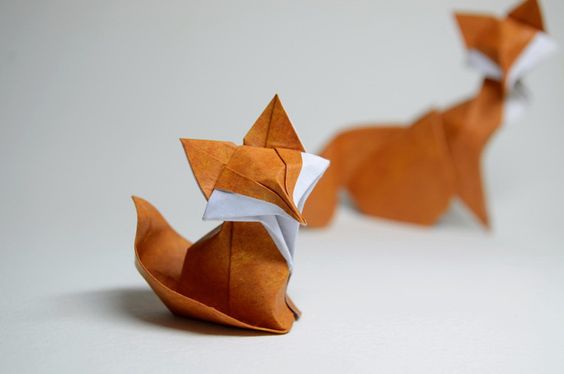 Origami is an ancient Japanese art of making paper figures. The beginning of the development of this art is considered to be the XVII century. AD This art is shrouded in mystery of legends and we will get to know one of them.

The legend of the paper crane

You may have heard stories of a thousand origami paper cranes that bring happiness. But how exactly this legend appeared, not many knows. The main idea is that to become happier you need to make 1000 paper cranes and distribute them to your loved ones, friends and relatives.

Legend has it that there lived a poor master, his heart was kind, and his thoughts were bright. All-day long he made paper cranes and distributed them to passers-by and children. Once the master gave his crane to a wandering monk, he accepted his gift. And he said, “Your art will make you rich. Fold the figures, but remember: during work, you need to renounce everything around. Even if there is a war going on around you, nothing should distract you. ”The master listened to the monk and continued to make cranes.

After some time, the war came to the homeland of the master, the enemies captured and devastated cities and villages. People were desperate, but the master did not stop working on cranes. And one-day local residents came to the master, they wanted to ask why he was inactive, did not help in the fight against the enemy, but he was making his cranes.

The guests broke into the master’s house and were amazed at the number of paper figures, there were about a thousand of them. And the master himself sat motionlessly and continued tinkering the next crane, and when he finished, the paper crane came to life and fluttered out of the master’s hands and flew out the window. Then the meat inhabitants for the first time believed in a miracle, found the strength to defeat the enemy, and the world was restored to the master’s native lands.

Try it and you make an origami crane for happiness

To make origami paper crafts you will need

We have selected for you not only the origami crane manufacturing scheme but also many other interesting schemes. Making origami figures is suitable for adults and children, the funniest thing, of course, is to do this together, rest assured, your baby will be delighted.

From origami can be done

Most of all origami schemes for making animals and this is not surprising. After all, the most interesting thing is to make some sort of animal. We are all familiar and close, we all know what a cat or dog looks like. And it’s so fun to make an origami figure so similar to your favorite pets. Some interesting schemes on how to make origami animals.

It’s good if you come across a simple circuit, and you can easily figure out how to make it. But how difficult it is sometimes to understand what was done there with this tiny leaf, it is difficult to consider all the details and subtleties, then video tutorials come to your aid. For origami, this is especially true sometimes it took a video to not figure it out at all. We have selected some interesting lessons for you.

Paper crafts are often handled by children. And how interesting it is to make a craft yourself, and if it can still become a toy. This will definitely please the child. If you are worried that origami is too complicated art for the baby, then you just need to pick up a scheme easier, pick up a papercraft by age for your baby.

Rating
( No ratings yet )
0
Related articles

Paper figures 1
Today we will learn how to make a pyramid out of paper. I think