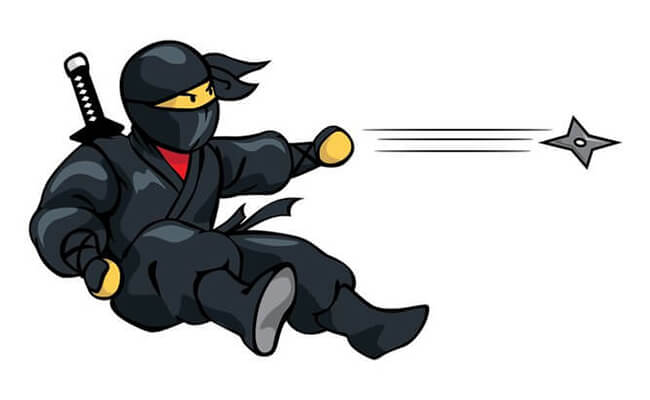 Shuriken is a Japanese hidden-carrying throwing weapon. Ancient Japanese ninja warriors used it to injure and disorient an opponent. Shuriken has always been part of the main ninja arsenal, mostly a sword or spear, and of course shuriken. They deftly threw them at their rivals and sometimes the shurikens played a very important role in the battle.

We will plunge into the history

We will plunge into the history of the creation and use of shuriken. How did the idea to create a weapon in the form of a four-pointed star come about? Samurai invented it. At first they just started to sharpen knives and blades from two sides and threw them at the enemy. And then, when they evaluated the effectiveness of such weapons, they added more blades to make a star, so they flew better and brought more damage to the enemy. Shuriken also has the second name shaken (a blade hidden in the hand).

Such shurikens were usually hidden in a sleeve in a special pocket. The fastest and most agile ninja in a second could get a shuriken from its sleeve and throw it at its enemy. Moreover, depending on the applied force, a shuriken could fly almost 16 meters and cut through the armor.

There were various techniques for throwing this weapon, with or without rotations, with what force it is necessary to launch a shuriken so that it. Would not just fly to the opponent, but also wound him, and the important question is how much he wounded.

How wonderful that we live in the modern world and we do not need to use shuriken as weapons. But to fold it out of paper will be very entertaining.

From our article you will learn how to make shureken from paper, we have selected for you a lot of photos and videos, with which you can make your own shuriken and feel like a ninja. They are safe and suitable for children’s games. We will make our paper origami weapons. Such a shuriken is very simple to make, even a child will cope with it.

It is very simple to make such a star out of paper, in order to make your shuriken more colorful, you can use multi-colored paper.

What do we need

Let’s get to work

Paper figures 0
Origami is an ancient Japanese art of making paper figures. The beginning of the

Paper figures 1
Today we will learn how to make a pyramid out of paper. I think

Leave a Reply Cancel reply
Origami > Paper figures > How to make shuriken from paper?
Categories
We use cookies to best present our site. If you continue to use the site, we will assume that this suits you.Ok