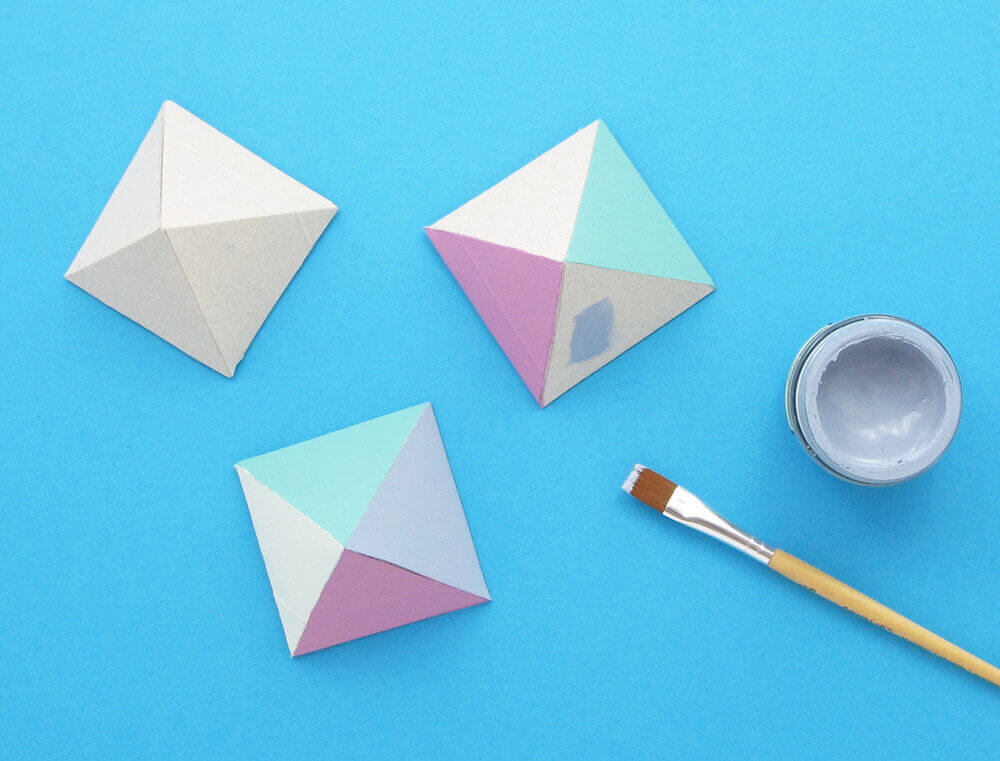 Today we will learn how to make a pyramid out of paper. I think that everyone has heard about the pyramids, that this is one of the ideal figures. Even our ancestors believed that such a design can accumulate energy in itself and even heal. In ancient times, the Great Egyptian Pyramid was considered one of the seven wonders of the world. It’s not even invested in the head, like people without modern technology, they were able to build such a magnificent building. Of course, we will not build pyramids on such a scale, we will start with small paper ones.

A paper pyramid can be made using different techniques. There are schemes for making the origami pyramid, to create such an article of paper you do not need anything but a piece of paper and skilled hands. You can also make a pyramid from individual modules, such pyramids turn out to be bright and interesting, since they can be made of multi-colored paper. The next option is to cut a pyramid from the finished template, or draw the cut lines yourself, and just glue it. Making a pyramid out of paper is not at all difficult.

Where can you use paper pyramids. In fact, finding the application of a paper pyramid is very easy. They can also be used in decor, as packaging for small gifts, as a study guide. Children will be more interested in studying geometry if they see in a living volumetric figure.

Where can you use paper pyramids

If you make a pyramid from a beautiful two-sided cardboard, it will turn out to be an excellent packaging for sweets or other pleasant trifles. Such a gift can be presented to guests. You can also decorate a room with such multi-colored pyramids.

In our article we will get acquainted with several ways how to easily make a pyramid out of paper. Be sure you will succeed. A paper pyramid can become not only entertainment, but also a rather useful thing.

This is the easiest way to make a pyramid with your own hands. All we need to draw are the contours of the poor figure with the straps for gluing, cut and glue. You can also save the circuits we have proposed to print and assemble. You can decorate your shapes with ribbons, and paint them.

This paper pyramid scheme is more complex but feasible.

Paper figures 0
Origami is an ancient Japanese art of making paper figures. The beginning of the